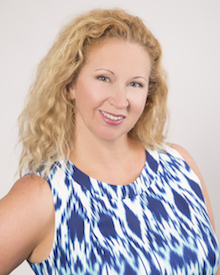 Miss Tina has been a dance educator for over 30 years. She has been a guest artist teacher at many studios in the tri-state and surrounding areas. Her extensive resume proudly shows her achievements in Regional Theatre Productions, National & International Touring Productions. Some favorite shows include: A Chorus Line, Seaside Music Theatre; Cabaret, The Walnut Street Theatre; Anything Goes, Maine State Music Theatre and The Who’s Tommy, 42 Street, Joseph and the Amazing Technicolor Dreamcoat; Gateway Playhouse. Tina served as the assistant choreographer for Holland America Cruise Lines. For her productions at White Plains High School, she received awards and nominations in the following: 2002 Helen Hayes Theatre High School Award for Outstanding Choreography in Anything Goes; Nomination in 2001 for Best Musical: “Into the Woods” and 2002 for Best Musical: “Anything Goes”. To name a few, Tina has worked with Bill Castellino, Bob Durkin, Bruce Lumpkin, Charles Abbot, Donna Drake, George Faison and Tony Parise. 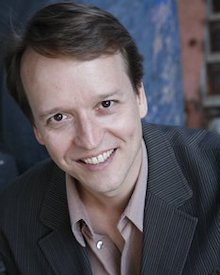 Brian Henry was born to a theatrical family, and grew up singing, dancing, and telling jokes in a vaudeville style revue, The Henry Family Show. He went on to attend Performing Arts School in Philadelphia, and then the Lee Strasberg Institute through NYU. He has also studied theatre dance with American Dancemachine, singing with Maitland Peters, ballet with Mme. Gabriella Darvash, method acting with John Lehne, and Meissner technique with James Price. Favorite roles include Jesus in “Godspell”, Lt. Cable in “South Pacific”, Big Julie in “Guys and Dolls”, Action in “West Side Story”, Rooster Hannigan in “Annie”, Fyedka in “Fiddler on the Roof”, and many more. He performed in the Broadway revival of “Fiddler on the Roof” starring Topol. In that production he worked with the great director Jerome Robbins, and eventually went on in the role of Motel the Tailor. Brian has choreographed productions of “Fiddler” and “West Side”, and directs revue shows for the Cargill production company. He is the author of two musicals, “The Gajo Rom” and “The Disappearing Act”, as well as a new one-act play cycle “All the Clown’s Men”. Brian is currently working as a producer, director, and playwright for the Chelsea Rep LAB. The LAB produces short play festivals twice a year at Theatre 54. 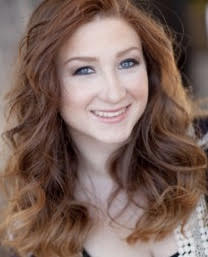 Molly McGee was raised in New Jersey where she began dancing at the age of four. Growing up she studied contemporary, hip-hop, jazz, ballet, and tap at a competitive level. At seventeen she moved to New York City where she attended the American Musical and Dramatic Academy. At AMDA, Molly studied dance, acting, and singing and graduated with a degree in Dance Theatre. After graduating, Molly traveled and performed in AATMA Performing Arts, a Bollywood based dance company that put on the show “Mystic India: The World Tour.” Molly has many years experience teaching, including masterclass, intensive, and convention instruction, as well as choreographing experience for music videos and competitive dancers.